update
SVEN SCHUMANN — You grew up in Germany, but neither your looks nor your name would give that away. What is your background?
SABIN TAMBREA — I was born in 1984 in Romania. My father fled to Germany while on tour with his orchestra and was able to organize for the rest of us to join him through the German Family Reunification Program. A year later I moved together with my mother and sister to a city called Marl.
SVEN SCHUMANN — How did you make your way into acting?
SABIN TAMBREA — It started with violin classes when I was four years old. I was pretty talented and won a few prizes, but unfortunately I would always faint before going on stage. When playing the violin, you are dependent on your hands, so if your reflexes don’t work the way that they should, even for a moment, the audience will hear it immediately.
SVEN SCHUMANN — How did you overcome your fear?
SABIN TAMBREA — My mother signed me up for the children’s choir to help me get used to being on stage. This was my first contact with the theater, and I immediately fell in love with this previously unknown world. When I hit puberty and my voice started to change, I had to leave the choir, and I switched to the youth theater before I eventually made it into the Ernst Busch acting school in Berlin.
SVEN SCHUMANN — What kind of role does music play in your life today?
SABIN TAMBREA — Music is the basis of everything that I do. I believe that with music you can
express more emotions than with any verbal language and, because I was only four years old when I
started studying it, I still think in this “language of music.” Even today when I take on a new role, I’ll compose my own version of the character in musical terms that I can reference when I am in the role later on. On top of that, there is always music playing at my house, even when I’m sleeping.

SVEN SCHUMANN — Really?
SABIN TAMBREA — Yes, I’ll listen to one particular genre to go to sleep and then to a different one to sort of guide my dreams, which works wonderfully by the way. That’s why I built my sound system around my bed.
SVEN SCHUMANN — What did you fall asleep to last night?
SABIN TAMBREA — Gustav Mahler’s Ninth Symphony.
SVEN SCHUMANN — At the end of this year, you will make your big screen debut as the lead in the European production of Ludwig II. Was this role as the eccentric King of Bavaria perhaps the perfect leap into cinema for an androgynous actor like yourself?
SABIN TAMBREA — If not for this production, I may have never managed to get into cinema at all.
I went to several auditions that didn’t go very well — especially due to my androgyny, actually —and I had almost given up the belief that I could make it in the film industry. But that wouldn’t have been so tragic either, because I’m truly fulfilled on the stage.
SVEN SCHUMANN — How many times have you watched Luchino Visconti’s Ludwig II,
in which Helmut Berger portrays the young king?
SABIN TAMBREA — Around four times. Helmut Berger played the role so flawlessly. He was able to find the right translation of the role for his time and, although now a bit dated, it will always be valid.
SVEN SCHUMANN — The casting process of this film went on for over a year and a half. What was your reaction when you finally found out that you had been chosen to play Ludwig?
SABIN TAMBREA — I was very sad. My theater had to have an answer if I would be available for the upcoming season, so I called up the producer of the film and asked how my prospects of getting the role looked. His answer was simply: “Okay, fine, we’ll draw up a contract,” and that was it. At that point I was unbelievably sad. One of my dreams had just come true, and I didn’t know what would happen next. It was, of course, an unnecessary sadness since the biggest part of the job was yet to come.
SVEN SCHUMANN — Do you always take good news so pessimistically?
SABIN TAMBREA — For me, the saddest moments in life are always those when a dream comes true. That’s when you lose the drive and motivation that you had while pursuing it in the first place. I tend to define myself in relation to my work and how I can continue to advance my career. That’s the main source of life for me, the process of advancement.
SVEN SCHUMANN — Where does that come from?
SABIN TAMBREA — I think it comes from the fact that my family immigrated to Germany from Romania. We were uprooted and replanted in new soil. I think that’s why I’ve always wanted to belong.
SVEN SCHUMANN — King Ludwig once said, “It’s necessary to create paradises, poetic havens where one can, for a time, forget this shuddering era in which we live.” Ludwig’s paradises were the castles he built or the arts he sponsored. Does this idea count for an actor and his roles as well?
SABIN TAMBREA — To call a role a paradise is too genteel in my opinion. When an actor takes on a role, he’s often diving into the abyss, into the perversions, desires, and aspirations of the character he’ll be portraying. And often that isn’t any fun.
SVEN SCHUMANN — It sounds to me like it could be a lot of fun.
SABIN TAMBREA — You have to penetrate the depths of a personality. It would be better described as building an alternative world. You then enrich this alternative world with everything you can attribute to the figure you’re playing. It is paradise and hell at the same time.
SVEN SCHUMANN — Ludwig is also quoted as saying, “Assassinations are better than ovations.”
You must see that differently as an actor.
SABIN TAMBREA — I can understand what he meant. Art has come to a dangerous point where it only causes ovations. If art isn’t also engaged in the act of provocation — which you could see as the
assassination of the stable condition of the society in which we live — it is not fulfilling its purpose.
Assassinations cause more to happen than ovations. Ovations are a sign of contentment; ovation means stagnation. At least one person needs to boo so that you know a nerve was struck and everyone isn’t going home and immediately forgetting what they’ve just seen.
SVEN SCHUMANN — But in the end an actor still depends on the ovations.
SABIN TAMBREA — We have to differentiate an actor’s vanity from his ideological disposition.

Yes, of course, I love applause. Give me ovations! 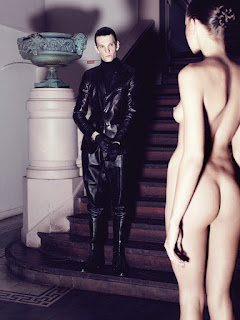 When I'm drivin' in my car
and that man comes on the radio
and he's tellin' me more and more
about some useless information
supposed to fire my imagination.
I can't get no, oh no no no.
Hey hey hey, that's what I say. 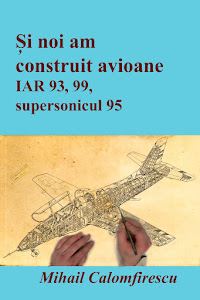